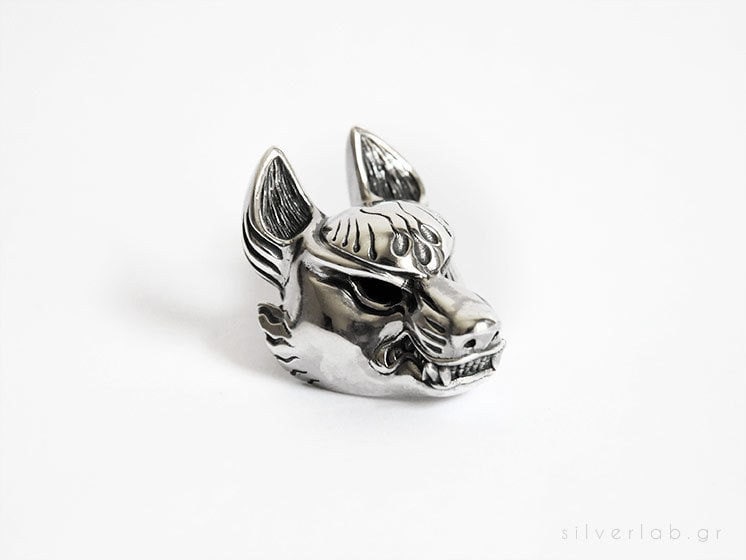 This pendant depicts a Japaneese fox demon and it was a custom order made based on pictures sent by for one of our clients.Kitsune is the Japanese word for fox. Foxes are a common subject of Japanese folklore; in English, kitsune refers to them in this context. Stories depict them as intelligent beings and as possessing magical abilities that increase with their age and wisdom. According to Yōkai folklore, all foxes have the ability to shape shift into men or women. While some folktales speak of kitsune employing this ability to trick others—as foxes in folklore often do—other stories portray them as faithful guardians, friends, lovers, and wives.Foxes and human beings lived close together in ancient Japan; this companionship gave rise to legends about the creatures. 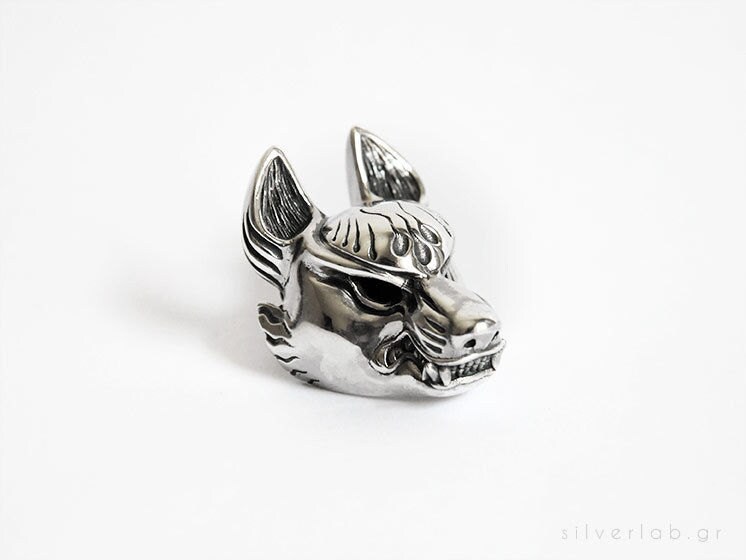 Because of their potential power and influence, some people make offerings to them as to a deity.One of the oldest surviving kitsune tales provides a widely known folk etymology of the word kitsune.Ono, an inhabitant of Mino (says an ancient Japanese legend of A.D. 545), spent the seasons longing for his ideal of female beauty. He met her one evening on a vast moor and married her. Simultaneously with the birth of their son, Ono's dog was delivered of a pup which as it grew up became more and more hostile to the lady of the moors. She begged her husband to kill it, but he refused. At last one day the dog attacked her so furiously that she lost courage, resumed vulpine shape, leaped over a fence and fled. "You may be a fox," Ono called after her, "but you are the mother of my son and I love you. Come back when you please; you will always be welcome." So every evening she stole back and slept in his arms.Because the fox returns to her husband each night as a woman but leaves each morning as a fox, she is called Kitsune. In classical Japanese, kitsu-ne means come and sleep, and ki-tsune means always comes.