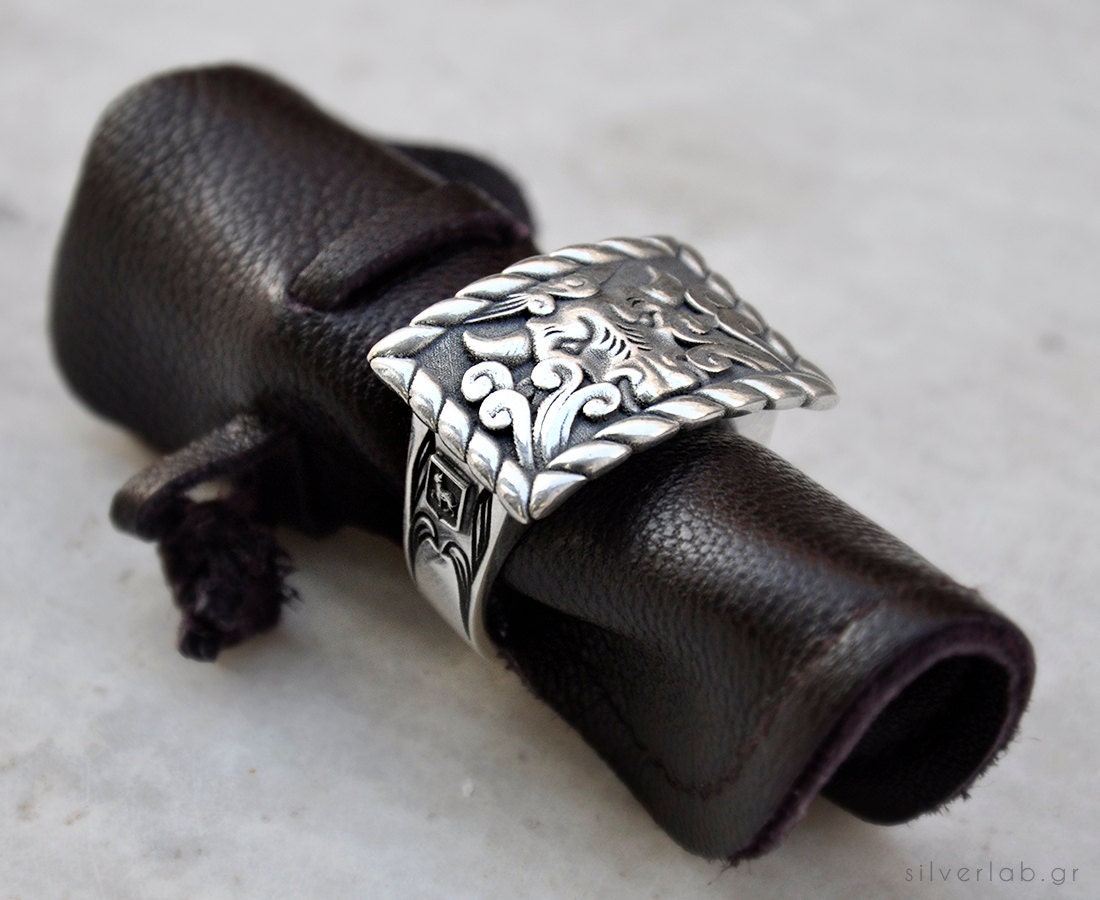 Become a honorary member of original crime family with The Borgias official Sigil Bull ring! The bull was official sigil of House of Borgias and it is seen on a family coat of arms.This stunning sterling silver ring is a replica from The Borgias series ring worn by Cesare Borgia, son of notorious Pope Alexander VI.Story:The Borgias are the most infamous family of Renaissance Italy, and their history hinges around Pope Alexander IV, his son Cesare Borgia and daughter Lucrezia Borgia. The family name is associated with power, lust and murder by poisoning.The Borgias have become a legend for cruelty and murder. Much of this was clearly justified; but, because the Borgia legend concentrates on their crimes, the credit side tends to be forgotten. For the Papacy to survive, it desperately needed adequate finance, firm administration and astute diplomacy; and these Alexander was able to provide in full measure. For this alone, he deserves a measure of gratitude. The fact that he has not received it is largely due to his private life and to the incessant vilification that he received both during his lifetime and after his death, and which he tolerated with quite extraordinary equanimity. Many – though by no means all – of the accusations leveled against him he could easily have disproved; by leaving them unanswered, he contributed to his own unspeakable reputation.Characteristics: